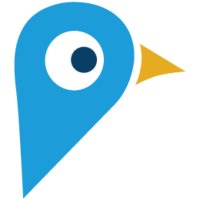 A patient with depressive symptoms and cognitive impairment who did not respond to prior antidepressant medication exhibited marked improvement through continuous positive airway pressure (CPAP) therapy after being diagnosed with underlying severe obstructive sleep apnea (OSA), according to a case report published in Cureus.

As one of the most prevalent chronic respiratory diseases, OSA is characterized by upper airway obstruction during sleep that leads to sleep fragmentation and intermittent hypoxemia. Moreover, authors of the report, Margarida Araújo, MD, and Andreia Norton, MD, both of the psychiatry unit at Hospital Magalhães Lemos, highlight that OSA has also been associated with neuropsychiatric symptoms, including cognitive impairment, depression, and anxiety.

“It is of crucial importance to be aware of this association since these comorbid symptoms may be misdiagnosed as a primary psychiatric condition and require adequate treatment, as we report in this case,” said the authors.

Assessing a 60-year-old man who was referred to their psychiatry outpatient department for depressive symptoms, Araújo and Norton said the patient also had been experiencing apathy, lack of initiation, psychomotor retardation, daytime sleepiness, and cognitive impairment for at least 5 years, causing significant functional impairment.

“The patient had a medical history of arterial hypertension, diabetes mellitus, obesity, with a body mass index of 36.5, and interstitial lung disease,” added researchers. “He had no previous history of psychiatric disorders, including other depressive or manic episodes.”

During consultations, the patient did not report sleep-related issues beside daytime sleepiness, and no collateral information was available on nighttime sleep events.

The researchers performed an extensive examination that led them to assume depression, which he was then treated for with different antidepressants for a substantial time.

Based on the lack of response to antidepressant therapy, the medical history of obesity, and the existence of symptoms such as daytime sleepiness and cognitive impairment, researchers hypothesized a potential OSA diagnosis.

The patient underwent polysomnography, which showed an apnea-hypopnea index of 52, indicating severe OSA, and was then treated with CPAP.

After CPAP treatment, he exhibited progressive improvement in depressive and cognitive symptoms, and in the 1-year follow-up after beginning the therapy, researchers report that there was no recurrence of psychiatric symptoms. Notably, he was now active, showed no psychomotor retardation, and was able to stop antidepressants and recover his functionality.

“As patients with OSA may present with depressive and cognitive symptoms, which may mimic a primary psychiatric condition, it is of crucial importance to search for OSA signals when accessing those patients,” concluded researchers. “Additionally, it is important to keep in mind that adequate OSA treatment may improve psychiatric symptoms in some patients and limit the exposure to other medications that have no major impact on the patient's psychiatric status.”

Call or visit YourCare Medical Supply today and talk with our knowledgeable Staff about our CPAP Treatment.  Come into our store, our staff at YourCare looks forward to helping you with all of your CPAP needs.
Share This Posting
Are you in need of a new CPAP mask, headgear or cushions? Tubing and filters?
Let us help you get back on track with your CPAP therapy.
Request CPAP Resupply